New design. Was a lot of fun drawing this now that I have a much better understanding of equipment, even though she's not really wearing any proper tactical gear. 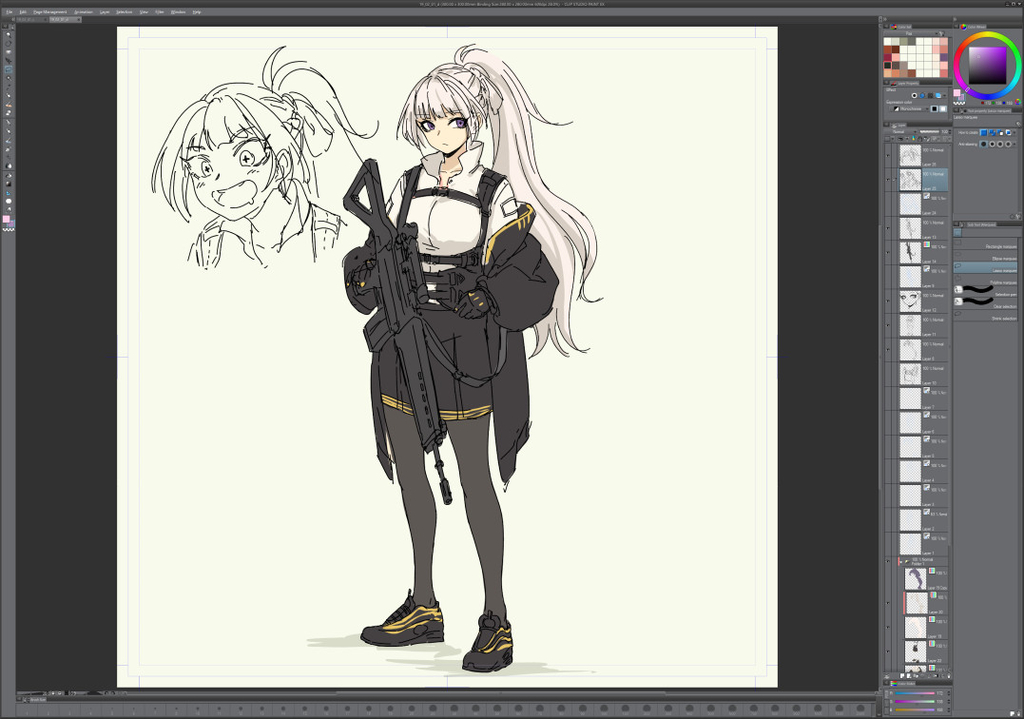 I feel a lot more free after removing the restrictions that all the equipment had to have real-life counterparts that needed to be researched. This was more just drawing something that looked a bit more casual. She's even wearing a skirt! That was a big no-no for the character sheet I worked on.

Speaking of the character sheet. I wanted to write a bit about my thoughts while working on it, mostly just so that someday I can look back on this and see how my thoughts changed. 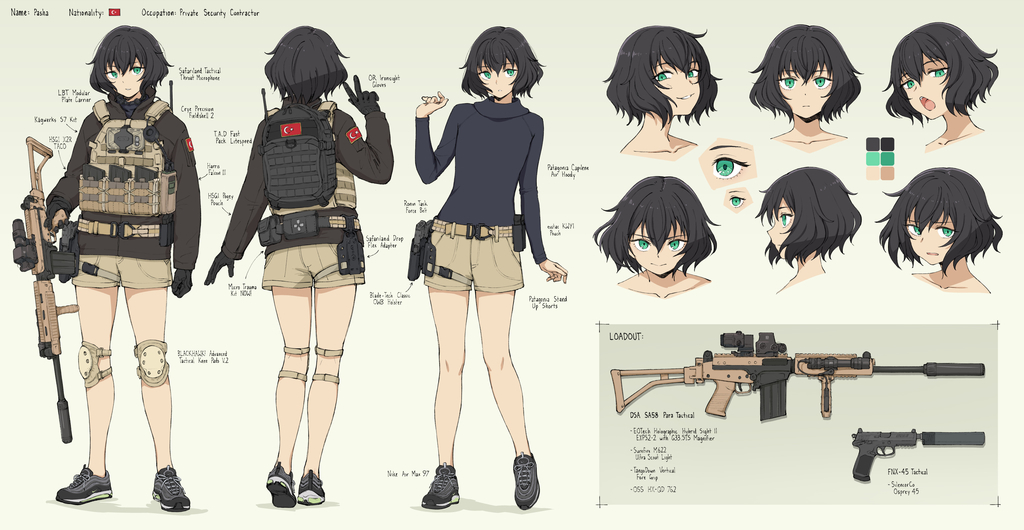 The initial idea I had was pretty different than what I ended up with. Originally I was going to have a design with glasses and a ponytail. 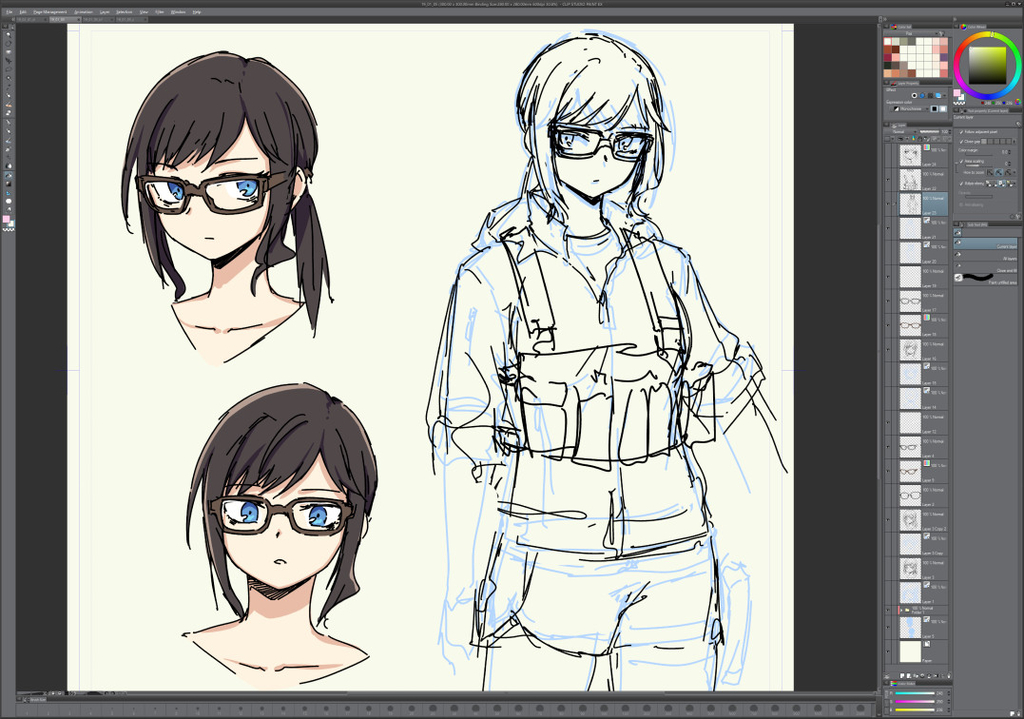 The entire time I was sketching the character I couldn't help but think about another character I really liked, drawn by an artist called NDTwoFives on twitter. I honestly had to keep reminding myself to steer away from how that character looked, but at the same time because I thought it looked so nice I wanted the same type of look. 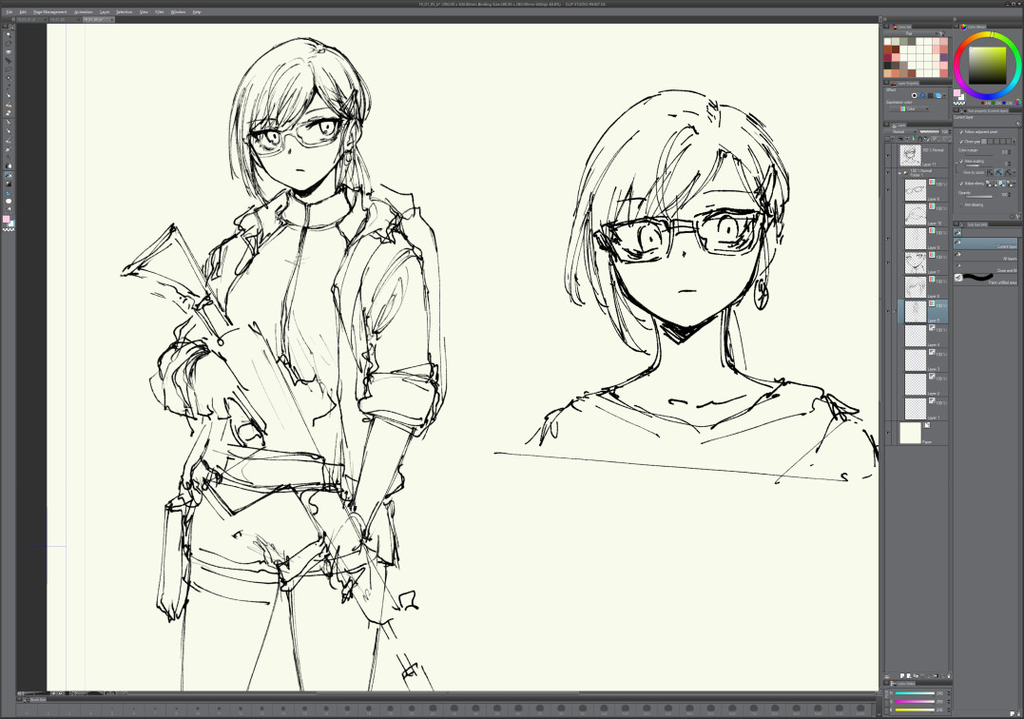 I ended up feeling like I was too concerned with the "character" when the entire point of this exercise was to familiarize myself the various types of tactical equipment one would typically carry, and so I just pulled back on the character and put more of my focus into the actual loadout. The design at this point shifted pretty heavily to enforce this new focus. The majority of my time was actually spent researching and talking with some friends who were far more knowledgable about this stuff than I was. 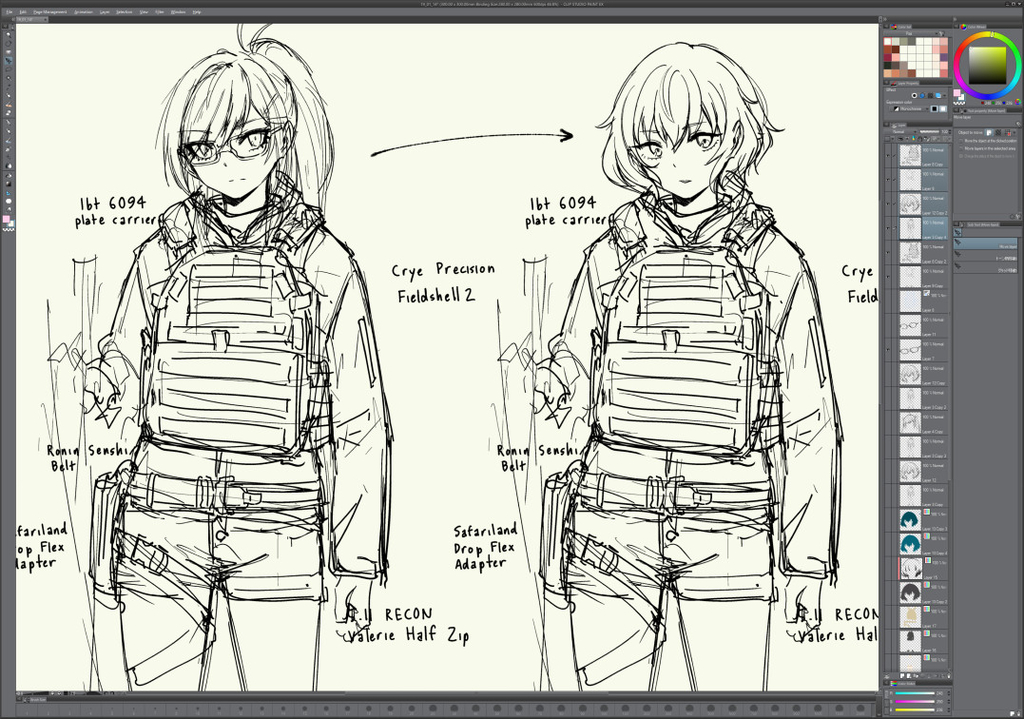 By the end of the process I was actually pretty drained, because it felt like I had taken in so much information in such a short period of time. I suppose to most people who are already familiar with military equipment this isn't too difficult, but actually understanding not only what someone would typically carry on their persons, but also why they and how they would select such gear took quite a lot of time. I feel I'm much better off for it now, and it really helped me remember a bit of what it was like when I first started drawing. Everything was a new concept to me, so it look a lot of mental effort to draw even something simple, because I'd never really done it before. 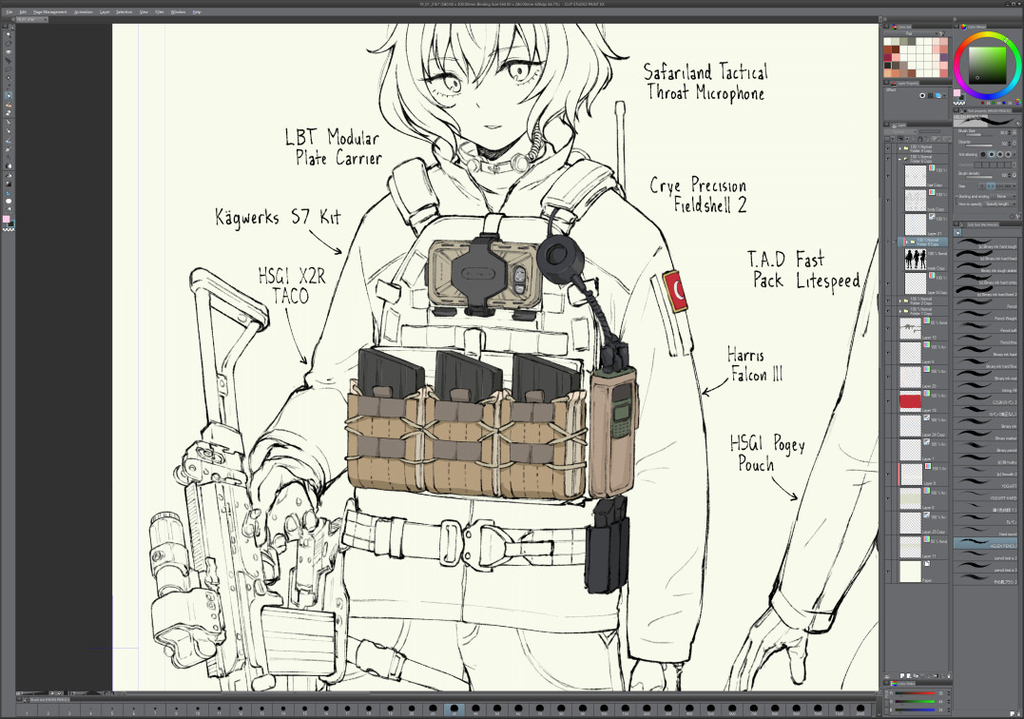 In the end the entire point of all this was to gain familiarity with tactical equipment to the extent where I could draw it with enough knowledge to know what I wanted to include, and what I wanted to omit. That's why the new design was so much fun, because despite the fact it's lacking 90% of the gear that the character sheet had, at least it was a decision to skip it rather than excluding it out of ignorance.

Oh, and on a final note, because it would bother me too much if I didn't mention it. The full loadout on her plate carrier is actually not really that suitable for someone of that occupation. She's only carrying four 7.62 magazines, when the standard loadout for combat would be closer to 7 (6 on the plate carrier and 1 in the gun). I was a bit conflicted on this as I wanted to leave the side plate empty for her draw, and didn't want to double-stack the front 3 because she would be further from the ground in a prone position. Either way, she's not carrying enough ammo, but that's okay because she's an expert marksman, 1 bullet 1 kill :)